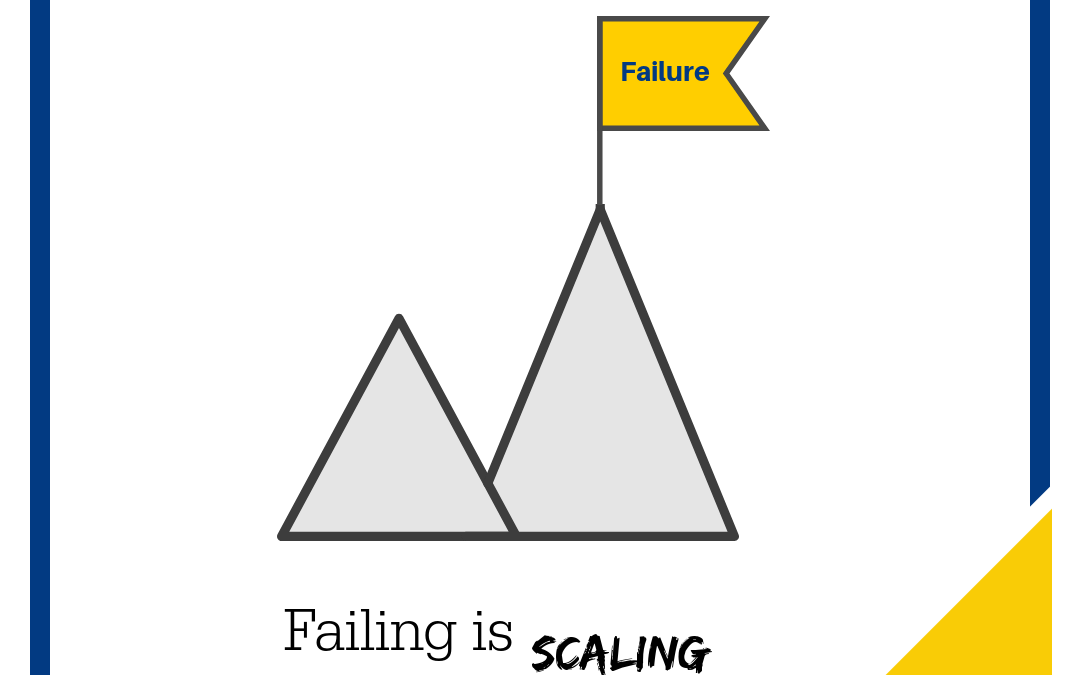 Business growth eventually becomes the main topic of conversation for all small business owners in the construction industry. However, most business owners don’t understand the growth versus scale difference. Growth without scale equals stress, strain, and failure! In this episode of the Construction MPa Podcast we will talk through some of the ways in which you can scale your business. Enjoy!

Disclaimer: This Podcast is for Construction Industry Business Owners who want to hear the truth. If you’re looking for nicey, nicey leadership advice? Best you watch a TED talk!

The first thing to understand about failing is scaling is that failing it is not the same as failure.

Failing refers to an attempt at something that didn’t work. Failure refers to quitting! Giving up! Throwing in the towel!

Failing is a normal part of everyday life. It was an essential part of our childhood. We learned most of our physical abilities through the process of failing.

We tried to stand, we fell, we tried again. We repeated this cycle until we mastered it, like walking, riding a bike, and swimming.

Never confuse failing with being a failure. If you’re in the arena fighting for the success of your business, you are not a failure, no matter how many fights you lose.

Insane in the membrane

The definition of insanity is doing the same thing repeatedly but expecting different results.

The only rule of failing is to ensure that you learn when you fail and try something different the next time. It doesn’t have to be a significant tweak, but there must be something.

Granted, sometimes we can do everything correctly and still fail. However, if you study the failed attempt thoroughly, you will recognize this.

Failing is a fundamental part of evolution. So fail forward, and fail often for however long it takes.

Only people who don’t try don’t fail. Failing is part of the process, and it is to be expected and embraced. On the other hand, failure is not necessary and not a good thing. Failure is proof that we’ve quit, and quitters aren’t winners. You don’t have to be perfect in business to be successful. You need to be persistent and learn from your failed attempts. Your ability to get bucked off the bull but get back on that beast again even faster than you did before without regret, blame, or complaint is what matters most.

In this episode of the Construction MPa Podcast, we discuss the failing is scaling concept and explain why it is so vital when strengthening your company.

A) Help small business owners strengthen their businesses from the inside out.

B) Provide a home for small business owners to openly discuss the challenges they face in a sales and bullshit-free environment.

If you want to know more about the Construction MPa Program, check out: Program Outline Page.

The Construction MPa Program is for Business Owners Only.

“If you want to strengthen your business today. You need Construction MPa.”